Click here to read Chapter 1 of Claire O’Sullivan’s Nobody Girl. Visit next week for the third and final excerpt of the WIP.

Alex Makela is in over head in rural Olvegaart, Minnesota. The chief of police passed away, leaving her deputy, detective and chief. Her biggest duties include rounding up wayward cows, tracking down the occasional teens bashing mailboxes, and looking for a detective to take her place.
Things take a turn when Olvegaart suffers its first ever murder.
Detective Jake Littrell comes from big city Dallas, a year after the recruitment ad. Confident in all matters crime, he is a wreck around women, and for good reason.
Alex must overcome her lack of confidence and the secrets she holds to solve the murder of a much-hated victim.
Jake must overcome his angst, his history, and his growing respect for the small town detective with her own pain … as her supervisor. 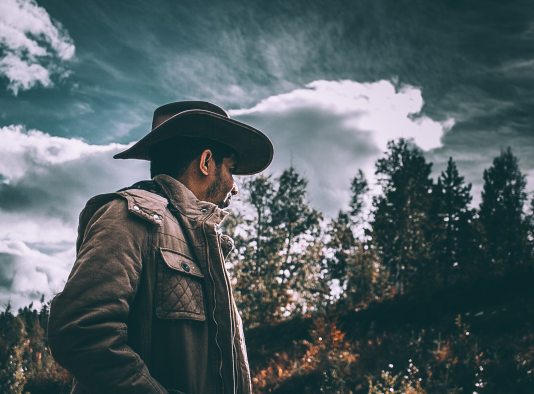 From Dallas to Olvegaart, time: 1025 arrival
Jake climbed from a GMC provided him by the dealer in Two Harbors.
He met the driver, accepted the keys, and thanked him for delivering the vehicle. He didn’t have far to drive when he spied the PD. The police station’s parking lot was empty.
The heavy door to Olvegaart’s police department creaked open, and the screen door banged behind him. To his left, her impressive long sword with Celtic engravings hung over an old rock fireplace. The same one she brandished in the article sporting a ‘come-and-get-it’ expression. Two computers, a few Post-it notes, coffee pot, microwave, refrigerator, and counter—and a border collie in a chair giving him a tipped head.
“Hi, dog.”
“Woof!’
“Back at ya. Come on.” Jake clapped a hand against his thigh. The dog jumped from his chair, and Jake scratched the dog behind his ear. He moved to the computer, pulled a note taped to it, and checked the directions on his cellphone. The dog nudged him. “Oh, you’re a spoiled one, aren’t you?” He rubbed the dog’s head.
The door to the chief’s office was ajar, and he knocked out of habit. “Chief? Alexandra Makela?” No answer. He pushed it open. The office was empty, and he turned and ambled back toward the entry. He climbed into the truck and headed toward Taggart River trailhead.

Jake on the trail, 1035
Jake turned off the road at the trailhead sign, parked and began a short trek down the path. He climbed over downed pines, long since dead and in varying stages of decay. The mud under his boots squished and sludge held onto his boots, reminiscent of cattle manure, minus the reek.
He slowed and watched the chief work. Good forensic techniques. Impressive work.
She had jet-black hair in a bun, loose wisps catching the wind. Gloved at a crime scene, she couldn’t touch her face, and seemed annoyed as stragglers minded only the breeze. The chief appeared fit, and either not afraid to get mud all over, or a bit of a klutz. He smiled. Impossible not to get mud all over in this mess, or either of his jobs—the old life as detective, and life on the rigs. He leaned against a tree and assessed both the scene and the new boss. Jake couldn’t make out words between her and Tore Svein, the town’s coroner.
Duluth. She ran into trouble at the academy. Engaged. Daughter of a pastor, youngest child. The rest, he’d glossed over on the plane. He wanted to hear Chief Makela’s life’s story if she hired him—and kept him on, as soon as he explained himself.
A smile tugged at the corner of Jake’s lips, remembering the newspaper’s photo. Not plain nor the faces of women he’d run across who layers of makeup plastered on their faces. Ladies who could condescendingly drawl, ‘Well, bless your heart,’ but wouldn’t ride a horse, muddy their nails, or take interest in him—especially as a detective. Once his father slipped the words and said, ‘Glen Rose Ranch.’
Not-really-wannabe-ranch girls were all over Jake. He thanked God his father never mentioned Jake and the Holy Oilers.
This Chief Makela reminded him of his sisters. His mom. The freckled girl who once lived down the road a piece, when he was ten. Down-to-earth.
Alex, you’re a lot more imposing when you’re angry, like the photo. Well, guess I stood around long enough.
She removed her sunglasses. Then she smiled.
Jake’s heart stopped. Oh, no. No, no, no. God, you know how important this is. It’s a job, more than that, it’s the town. If I can’t do my work…
‘Don’t be stupid nervous, don’t joke, no sarcasm, not ‘til she gets your hairy butt sense of humor. Keep your mouth shut. You know how you trip over your own twisted jokes,’ Ellie, the oldest of his sisters, said—more than once.
Ellie, of all of his younger sisters, knew him best. He was stupid around women, except his sisters and his old partner.
He closed his eyes with a prayer. I’m, well, I am what I am, but Lord, help untie my stupid tongue.
The space between them disappeared, he drew his hat low, and his eyes to the ground. Staring not allowed.

Thanks for reading! Check in next week for Chapter 3.

This site uses Akismet to reduce spam. Learn how your comment data is processed.